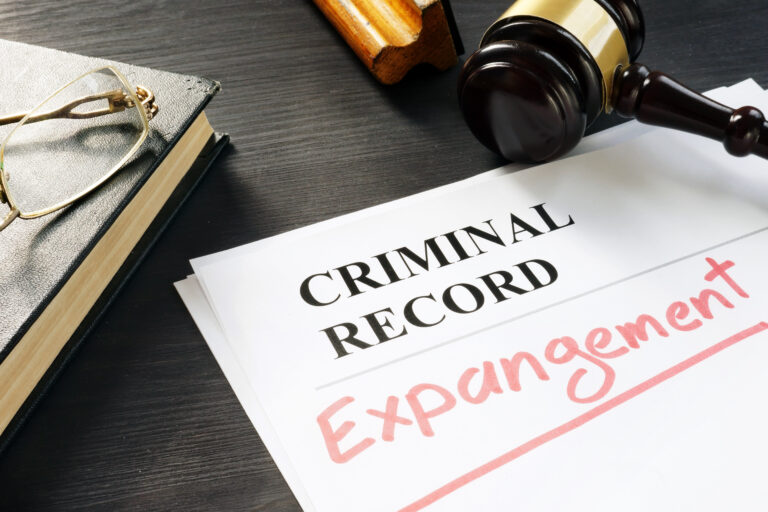 Finding yourself with a criminal record is a frightening prospect, which can significantly impact the rest of your life. Expungement is a process that allows you to get rid of this stain on your record, and move forward in life as if it had never happened.

If you are looking for an experienced Kansas City expungement attorney who will fight hard to clear your name, then look no further  – we have a team on hand to help walk you through the process, and ensure that you have the best possible chance of success.

Expungement is the removal or sealing of certain types of records pertaining to your arrest or conviction. It does not erase the fact that you were arrested or convicted but instead removes any mention of these events from public view. This means that employers, landlords, schools, and other third parties cannot access your criminal history when making hiring decisions, renting property, enrolling in school, or applying for jobs.

How Can An Expungement Benefit You?

There are many benefits associated with having your record cleared, including:

If you want to find employment, you may be required to disclose your past convictions on job applications. However, once they are removed from your record, you can apply for positions without fear of being discriminated against because of your prior offenses.

Landlords often require applicants to provide proof of their background checks. Once your record has been sealed, you can submit all necessary documentation to prove that you meet the requirements of the rental agreement.

Schools often conduct criminal background checks before allowing students to enroll. While some states allow you to seal your record after completing education programs, others do not. In order to receive credit for your educational achievements, you must first obtain permission from the state board of education.

What Kinds Of Crimes Can Be Expunged?

The following crimes are examples of offenses that can be expunged:

DUI, or driving under the influence, refers to operating a motor vehicle while intoxicated. If you are found guilty of DUI, you could face fines, jail time, license suspension, and more. The severity of penalties depends on several factors, such as how much alcohol was present in your system at the time of the offense, whether you caused injury or death during the incident, and whether you have previous DUIs.

If you have been convicted of your first DUI offense, and it has been a minimum of 5 years since you completed probation or punishment, it may be possible to have the offense expunged from your record – although you will need a judge to sign off on the request and approve your expungement.

Possession of illegal drugs is considered a crime in most states – including Missouri. Depending on the type of drug involved, possession of marijuana, cocaine, heroin, methamphetamine, ecstasy, or LSD can result in serious consequences, ranging from fines to lengthy prison sentences.

If it has been three years since the successful completion of your probation, you have no further offenses, and a judge agrees, the state of Missouri may allow you to have your record expunged, removing any sign of your connection with drugs.

In some cases, juvenile offenders can petition the court to have their records sealed. Missouri law states that juvenile misdemeanors can be expunged if the offender successfully completes his or her sentence, and no other charges are pending. Juvenile felonies, however, cannot be expunged unless the offender receives a pardon or the case is dismissed.

What Cases Cannot Be Expunged?

Certain criminal charges will not be eligible for expungement, and these include:

How Do You File For Expungement In Missouri?

To have criminal records expunged in Missouri, you will need to contact a private attorney who specializes in this area of law. The first step is to serve a petition, or application, in the prosecutor’s office. Once the prosecutor reviews your petition, they will decide whether to accept or reject it. If accepted, the prosecutor will then forward your petition to the appropriate court.

Along with your petition, you will need to include details of your case, such as the date of your arrest, the charge(s) filed against you, and any evidence that supports your claim. Your attorney should also provide information about your prior convictions, which will help determine whether you qualify for expungement.

Once the prosecutor accepts your petition to have your criminal record expunged, the next step may be to appear before a judge to discuss your case. At this time, the judge will review your case and decide your eligibility for expungement. If the judge decides that you do qualify, he or she will order the prosecutor to seal your record, and your criminal charges will be removed from public view.

The length of time it will take to receive approval depends on several factors, including how long ago your arrest was made, what kind of charges were filed against you, and the number of previous arrests or convictions you have had. It is important to note that once your criminal record is sealed, it cannot be unsealed without permission from the court. Delays can be common if the court requires a prosecutor to sign off on the expungement, or if multiple agencies are involved.

Can Arrest Records Be Expunged?

Yes, but only under specific circumstances. There are three reasons why an arrest record can be expunged, and these are:

Any arrest record can be expunged and no time limit is required.

While many people believe that their criminal history will follow them forever, this is simply untrue. Many states offer an opportunity to have your record sealed so that employers, landlords, schools, and others who perform background checks will not see your arrest or conviction.

Our team of expungement attorney experts can offer legal representation to help you navigate through the process of having your record sealed, and assist you in filing for expungement in Kansas City, MO. Get in touch today for your free consultation, and see how we can help you remove your past conviction or past record, and take your next steps toward a brighter, more positive future.